These flats are situated in housing colony at New Shimla, Sector-IV, VI and Kullu under Self Financing Schemes on the freehold basis.

The scheme comprises of multiple units of 1BHK and 2BHK flats in multi-storey building. The registration for flats in the scheme has been started and intereted applicants can avail the benefits of the scheme till 9 September 2016.

Applications for HIMUDA New Flat Scheme 2016 can only be applied through offline mode of registration within the period. 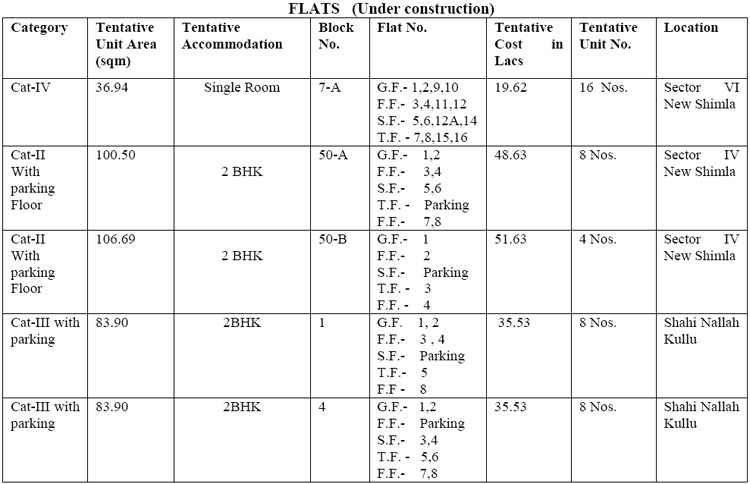 How to Apply:
Brochure along with applications form can be purchased from HIMUDA Headquarter Nigam Vihar Shimla-2, Divisional offices at Shimla, Parwanoo, Mandi & Dharamshala and authorized bank branches of Axis Bank at the cost of Rs. 500/-. and by registered post Rs. 600/- (Non-Refundable). It can also be downloaded from HIMUDA official website http://www.himuda.com.

For more details visit the official website of HIMUDA at http://www.himuda.com/